Lord Shiva is special to Yogis. Although most Western Yogis don't embrace the entirety of Hindu polytheism, it is difficult to ignore the presence of Shiva the Yogi in the sacred history of the practice.

I have my own very deep relationship with Him as an aspect of the divine. Shiva embodies the mystical heart of yoga, the divine spark, the source. He invites me to re-connect with what it actually means to be a yogi. 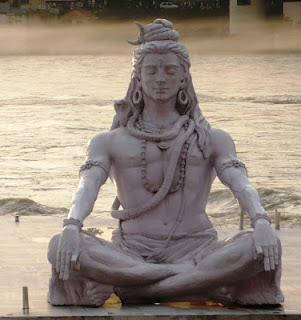 "Shiva’s yoga  is the supreme spiritual essence that illuminates both the esoteric and exoteric aspects of life to their fullest.  It encompasses both monism and pluralism, covers theism and deism, clarifies dualism and non duality; this is its beauty, Shiva is the fountainhead in whom all opposites are reconciled.

Concisely, Shiva’s philosophy is :
from http://www.shaivism.in/mysticism.htm

The book "The Ancient Power of Sanskrit Mantra and Ceremony: Volume I" by Thomas Ashley-Farrand defines Om Namah Shivaya as:

"This mantra has no direct translation. The sounds relate directly to the principles which govern each of the first five chakras on the spine...Earth, water, fire, air, ether. Notice that this does not refer to the chakras themselves which have a different set of seed sounds, but rather, the principles which govern those chakras in their place. A very rough, non-literal translation could be something like, 'Om and salutations to that which I am capable of becoming.' This mantra will start one out on the path of subtle development of spiritual attainments. It is the beginning on the path of Siddha Yoga, or the Yoga of Perfection of the Divine Vehicle."