How Does this symbol make you feel?


Chances are, as well as mentally being aware that you are looking at the representation of any angry face, you are having some physical (embodied) reactions to it. Take a few moments to notice what those reactions are...

You may have noticed some fairly typical Fight or Flight responses, even if they were quite subtle. Perhaps a tension in the belly or jaw, a slight quickening of the pulse, shortening of breath, sweaty palms, an alertness to action, or maybe just a feeling that all is not quite well.

Now you (we) are having that reaction to a cartoon face. An emoji. But we had the same reaction to this symbolic face than if a real live human face was in front of us. It also turns out that we are hard wired to react to it. It is our evolutionary protection against danger. An angry face is not a safe face. Even human babies know the difference. There is even some evidence that this reaction is pre-attentive, meaning, we have the reaction, even before we have consciously registered that emotion on the face.

If you're a driver, you may have encountered Vehicle Activated Signs (VACs) that show a happy or frowning face depending which side of the speed limit you're on. These devices, including those that also display the driver's speed, have been shown to be more effective than speed cameras at controlling traffic speed. Nobody likes a frowing face.

However, although we are hard-wired to react negatively to the frowning face, evidence shows that greater speed reduction seems to happen in pursuit of a smiling face than in avoidance of a frowning one.

Interesting... as if we didn't already know that we prefer carrots to sticks...

The other day, I got my first angry face response on Facebook. (No, I don't know how I got away with it for so long either!) and I was surprised at my reaction. I shouldn't have been, I know this stuff from my study of psychology and embodiment. What interested me, when I felt into it, was that I wasn't so much bothered that the person had clicked on that emoji - I don't know them and we don't have a relationship that I need to worry about - than by the feelings that the face itself made me feel.

“Far from being a passing fad, Emoji reflects, and thereby reveals, fundamental elements of communication; and in turn, this all shines a light on what it means to be human”.
Vyvyan Evans- The Emoji Code -in The New Scientist

Those of you who regularly use social media (and if you're reading this, you almost certainly do!) will know that it has become increasingly difficult to have any kind of meaningful interaction without someone becoming outraged at some point. I don't think it's because we are angrier or more outraged I believe that the technologies have been deliberately designed to manipulate our emotions, our habits and our behaviour. At The Center for Humane Technology , several top level Silicon Valley insiders are saying similar  - and infinitely better informed - things about how we are all being hijacked by technology (without throwing out the baby with the bathwater!)

Facebook's Like button began our weirdly addictive relationship with the little thumbs-up hit of validation. When the other emojis came along, a whole new set of dynamics came into play. The angry face essentially legitimised its own use. And made us angry.

And if you are inclined to disagree, the guy who invented Facebook's like button agrees with me!

Filing for Divorce from Yoga

When I was twenty one (twenty nine years ago this year)  I picked up a book at a car boot sale. It was a book on yoga in which all the ... 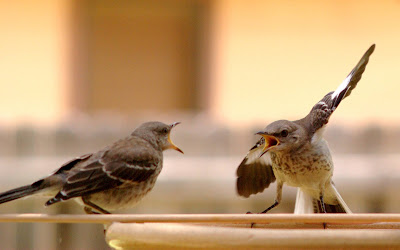